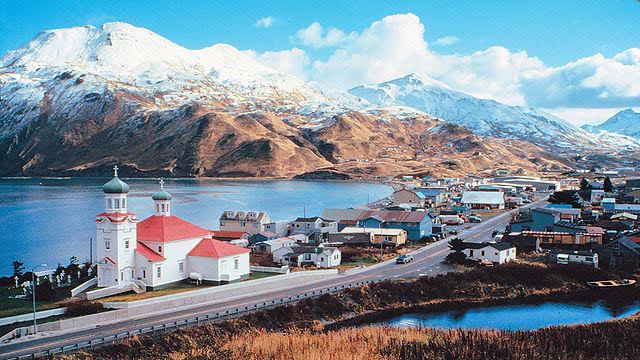 Have you heard about Ubatuba? (Yes, there is a place called Ubatuba). Where’s Guna Yala? Or, how about Antofagasta?

You’re about to hear more from these places that haven’t had star power – until now! They’re pitching their charms at trade shows and investing in building cruise port facilities trying to attract the attention of cruise planners. And, cruise lines are listening because as they continue to expand their fleets, they’re increasingly scanning the horizons for new ports. Some have already attracted commitments to be added to upcoming cruise itineraries.

Here are some less-known destinations that are likely to make bigger names for themselves in the near future:

Antofagasta, Chile
When Azamara Club Cruise’s newest ship Azamara Pursuit sails in 2018, it will be visiting a port that calls itself Chile’s Pearl of the North. Rich in history, and a spectacular harbor, Antofagasta is Chile’s second largest city that grew from mining but is now developing a beach resort vibe along its coast and promoting cruise ship visits. It’s a gateway to the desolate but stunning Atacama Desert, but interestingly there’s a short rainy season in February each year. Attractions in the city are Plaza Colon, a nineteenth-century square that features an ornate cathedral and the Torre Reloj—a (much smaller) replica of London’s Big Ben, linked by soothing fountains and palm trees. On the coast the Monumento Natural La Portada, a stunning 141-foot high natural stone arch surrounded by crashing waves and even higher cliffs that are a favorite spot for pelicans, seals, and dolphins. A shore excursion for Pursuit includes yoga in the desert, which features fantastic mountainscapes and salt flats. Southeast of the city, the attraction is the massive ‘Hand of the Desert’ by sculptor Mario Irarrázabal, which reaches up from the sand.

Guna Yala, Panama
You may have heard of this destination as the San Blas islands of Panama. Home to one of the best- preserved native cultures in the Americas, the indigenous province of Guna Yala includes over 360 islands of white sand beaches backed by palm trees and dotted with thatched-roof cottages. In addition to the snorkeling reefs and Caribbean beaches, this is the home of the Guna (also known as Kuna) people, known for their colorful handicrafts. There are no cruise docks, so visiting ships have to anchor and tender into beaches. The islands are being visited in 2018 by UnCruise Adventures’ ship Safari Voyager on eight-day cruises in Panama.

Koper, Slovenia
Since Slovenia’s only cargo port added a passenger terminal, it’s quickly gained a following as a stop for cruises to and from Venice. It’s the jumping-off point for shore excursions to the capital, Ljubljana, but the Slovenian Tourist Board has launched a campaign to encourage guests to discover the city, with its olive oil and winemaking festivals, concerts and the annual Squid Festival (who knew it’s an ongoing attraction?). Restaurants feature the Fisherman’s Feast of fresh-caught fish and local olives and wine. The port is on itineraries of Azamara, Celebrity Cruises, Norwegian Cruise Line, Regent Seven Seas, Princess Cruises, Viking Ocean, MSC Cruises and Silversea Cruises.

Tohoku, Japan
No, not Tokyo, although Japan’s main port is the starting point for tours of the six prefectures in the region of Tohoku, the north of Japan’s largest island, Honshu. They’re promoting that they region is back as attractions after the devastating 9.0-magnitude Tohoku quake and tsunami slammed northern Japan in 2011. The Japan National Tourism Organization is now declaring recovery complete and promoting the area as a perfect place to visit by high-speed train before or after a cruise that ends in Tokyo. Sendai is the central city of the Tohoku region and many of its historical sites are related to Date Masamune (1567-1636), the warlord who constructed the town. Not far from Sendai is the gorgeous Matsushima Bay with about 260 islands that is said to be one of the three most scenic regions in Japan. There currently aren’t major cruise ships visiting, although small tour boats offer excursions along the coast.

Ubatuba, Brazil
Ubba ubba, Ubatuba! How can you help but be remembered with a name like this? It’s a group of Brazilian islands that’s a “tropical paradise” with 70 miles of sandy coastline, the municipality boasts. Nearly 90 percent of the area is part of the Serra do Mar State Park. There’s a small colonial city that’s famous for its surfing waves and the ruins of a prison and an 1828 lighthouse. A new port complex planned for the 2018 season has Ubatuba promoting the islands 100 miles as the crow flies from San Paolo as a stop between Santos and Paraty on cruise itineraries. Even with the new dock, ships will still have to anchor offshore and tender in, but the port planners promise lots of beach chairs. The area currently sees visits by ships of MSC.

Unalaska, Alaska
This is an example of how too much dependence on one cruise line can be risky. Although Unalaska (also known as Dutch Harbor) is best-known as an attractive fishing port with a spectacular setting, it’s having to reinvent itself after Celebrity Cruises dropped it from its itineraries in 2017. Celebrity Millennium’s stop was shifted to Sitka instead. Cruise visitors used to mean up to $30,000 in revenues from admissions and merchandise at the museum that covered the cost of staff, Virginia Hatfield, executive director of the Museum of the Aleutians said. Unalaska Convention and Visitors Bureau executive director Carlin Enlow estimates the total shortfall to the city’s restaurants, stores and attractions was close to $100,000. Ironically, the pullout was because of port construction at the city’s dock that’s designed to attract bigger ships, says port director Peggy McLaughlin. The port is seeking new cruise visitors and is hopeful that with trans-Pacific sailings increasing and with the Northwest Passage opening up to cruise ships, the city will be able to attract a new crop of cruise visitors in the future. Unalaska is on the 2018 schedules of Silversea and Windstar Cruises.

Whether these destinations have piqued your interest or whether you have other travel dreams in mind, please don’t hesitate to get in touch with us. We’ll find a way to make your ideas a reality.